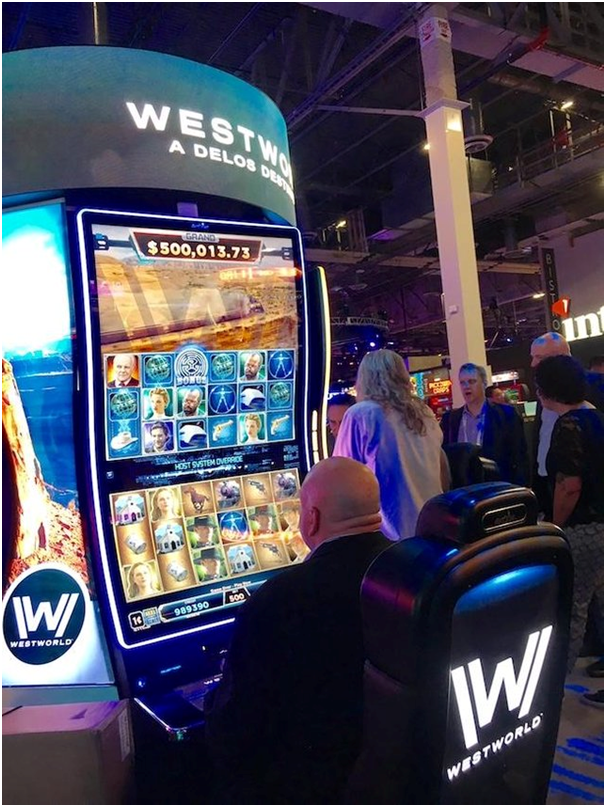 Westworld, a new pokies game has been launched by Aristocrat. Last year this pokies machines was premiered in Las Vegas at Global Gaming Expo and Aristocrat and Warner Bros. Consumer Products had announced about this new pokies game based on HBO & Warner Bros. Television’s Westworld. The gaming company has revealed that it is about to launch the exciting new game cabinet, providing Westworld fans with everything they need for great real money entertainment. Other players at casinos will reportedly also be able to enjoy a unique new element of gameplay, and perhaps even be introduced to the series’ lore-rich universe in the process. 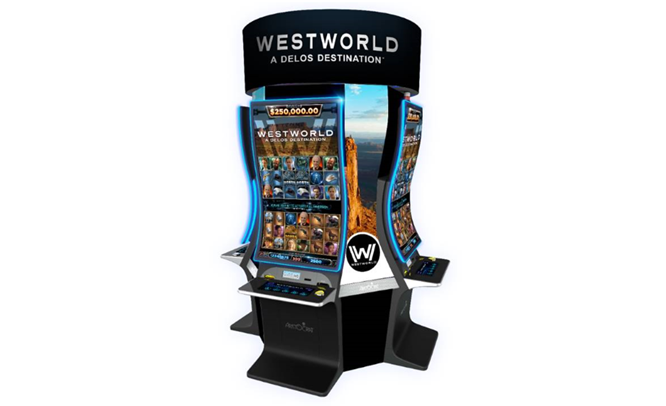 This  game is inspired by the sci-fi-fantasy world of Westworld and will soon be available at most of the real land casinos to enjoy the game. Aristocrat has been careful to pay as much homage as possible to the popular television show, and has featured some of its most memorable scenes in-game. When it starts up, players will be treated to a soundtrack of the brand’s authentic theme music, and can spin the reels as they follow Teddy and Dolores throughout various scenes of the pokies.

This new pokies machine will allow players to ‘experience two different worlds’ on its reels. The top set of symbols, represents the Delos lab world, while the bottom set is themed according to the Westworld Park. Players can place their bets in two separate, innovative games, with bigger wagers merging the two sets of symbols to completely engage punters in the action. 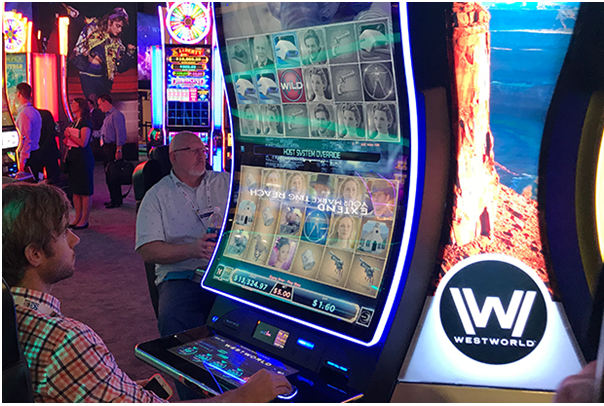 The new pokies game takes players on a journey through Delos Lab and Westworld, filled with unexpected twists and turns, fan-favorite characters, and beautiful landscapes, as well as high-definition footage of the most memorable scenes, episodic photography and the show’s distinctive music.

The Westworld pokies game offers a gaming experience in which fans can play in two different worlds. The top symbol set represents the Delos corporate world – and the bottom symbol set depicts the Westworld park theme.

Players can make a $0.50 wager to play the two separate games. A wager of $0.80 or more merges the two game sets for a full game immersion, where base games become even more exciting with increased ways to win, and additional chances of triggering a feature, as well as showcasing a unique reel set of 6x6x7x7x7x7. Westworld also features a unique math model that is completely new to the gaming industry.

The Westworld pokies game as said above debuts on Aristocrat’s new and sleek flame55 cabinet. The base game features include Reverie Respin with a Hold & Respin mechanic, and Delos Replay, which adds mystery wilds or multipliers to the reel set. Main game features include Delos Lab Free Games, which are free games with a phantom pick where players can win credits from up to three different free games that play simultaneously; and Mariposa Free Games, which offer the player the action of persistent wild reels for the chance to win big. 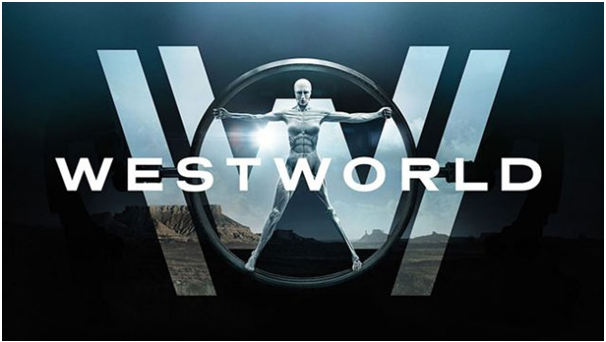 HBO’s one-hour drama series Westworld is a dark odyssey about the dawn of artificial consciousness and the evolution of sin. Set at the intersection of the near future and the reimagined past, it explores a world in which every human appetite, no matter how noble or depraved, can be indulged. With an average gross audience of 13 million viewers, Westworld ranks as the most-watched freshman season amongst all original series on HBO. 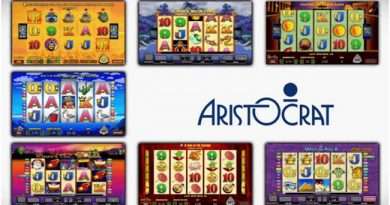 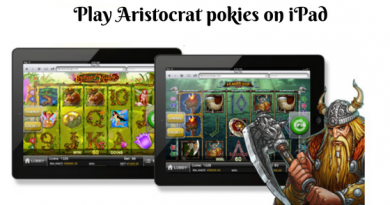