Many people are interested to know the history of keno. Although it is not very clear the usual answer is that historians guess it was invented by the ancient Chinese decades ago to fund a government project, like a wall or a war. Here we have discussed about Buffalo Keno pokies which is one of the popular addition from Aristocrat company.

Many people and resources believe that keno was brought to America in the 1840s by Chinese immigrants. That seems unlikely as keno tables are there in various American court cases and statutes in Georgia, Alabama, and New York in the 1820s. Chinese immigration is first confirmed about 10-15 years before then but there is no mention of their gambling practices.

Hence, no one is aware when keno was invented. If the ancient Chinese of 4-5,000 years ago used to play lottery games it’s not sure if they call them keno.

Keno in its modern form is initially found in the 1800s in Asia. It’s quite possible that it is just an assumption that if it came from Asia and the ancient Chinese played lottery games then keno would be very old.

There is a history of lotteries as it is played for centuries all over the world with all other games. So, it is hard to confirm if keno did come from ancient China.

Buffalo Keno is a standard 80 spot keno game with a 20 number draw. The player may pick between 3-10 numbered spots on the card. The Grand Vision Gaming company created this game and became one of the favorite games among punters as paired with the popularity of Aristocrat Technologies Inc’s original Buffalo pokies game. Buffalo keno was first launched in 2016. This Aristocrat Technologies Inc. title is thus powered by Grand Vision Gaming.

This is a high-performance lottery-type Keno game. It is the product of GVG’s multi-game software, Ultra Vision at video lottery establishments at casinos. Ultra Vision features 14 Reel titles, four poker titles, and eight keno titles including the addition of Buffalo Keno.

How to play Buffalo Keno?

Buffalo Keno is available to play at real land casinos in the US, Australia and many other countries and for free. The features of the game are: Eagle Mini Bonus where 2 eagles and 5 coins gets space on non-player-marked-spots every base game. If both eagles are hit with a win, the player gets the award as a multiplier.

The Feature Games activates by hitting the coin symbols in the base game. There is no limit to the number of feature games that may be re-triggered. You can play all feature games at the same bet and spot level that triggers the bonus.

During the feature games, multiplier sunset symbols are randomly placed on non-player-marked-spots. When multipliers are hit, there is a random weighted drawing for each hit symbol’s multiplier value either 2x or 3x.

Buffalo pokie is one of the most-played pokies games of all time. This is a fast-paced and exciting game where you have to fill the screen with Buffalo symbols to win. This game is a part of the Xtra Reel Power feature of some Aristocrat games, and you have 1024 ways to win in this no-paylines pokies game.

Play free or for real money

You can play the Buffalo slots online for free or for real money. The game pays out for combinations made from left to right on the paylines. Players can choose a coin denomination of anywhere from 1 cent to $2. You can win huge amounts with your bet in this exciting pokies game.

There are various other pokies games that is to the credit of Aristocrat with a similar name like Buffalo Grand pokies, Buffalo Moon, Buffalo Deluxe, Buffalo 1204 ways to win, Buffalo poker, and many others.

Buffalo Keno pokies is one of the popular Keno game, which is a fascinating game by all means. It’s not for everyone but has been termed as the Common Man’s Lottery. This name might appear to be a little out of date.

Keno is also not easy to win but it’s not hard to play even. And some players swear by the game. If you enjoy keno and would like to learn more be wary of the numerous history we have here. 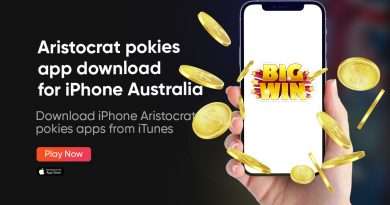 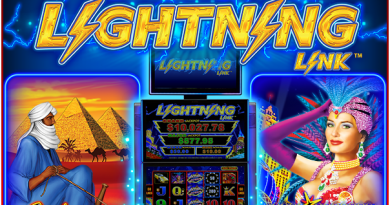 What are the high stake pokies to play in Lightning Link casino? 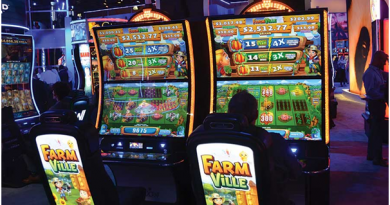