What poker machines can you play in Cash Connection?

The following pokies machines can be played in Cash Connection poker machines:

That’ Bananas is 5 reels 50 pay line pokies machine with drop and lock feature. The maximum bet in this poker machine is 500 credits. The theme of That’s Bananas comes from the hit Drop & Lock series, and players are going bananas! Like all the games in the series of Cash Connection, That’s Bananas includes the Drop & Lock Feature, where symbols displaying credit prizes and jackpots drop to the bottom of the display, and once a full row is achieved, drop off the reels awarding the sum of the row’s displayed prizes. There is also a unique Free Game Bonus triggered by three scattered Banana symbols, where players choose 1 of 3 bonus options with various amounts of added triggering Banana symbols and levels of multipliers applied to line pays with a Chimp symbol.

Wild Country poker machines  has 5 reels 50 paylines and max bet is 500 credits. This pokies also comes from the hit series of Drop and Lock from Cash Connection poker machines. Wild Country includes the Drop & Lock Feature, where symbols displaying credit prizes and jackpots drop to the bottom of the display, and once a full row is achieved, drop off the reels awarding the sum of the row’s displayed prizes. There is also a unique Free Game Bonus triggered by scattered Campfire symbols, the number of which determines a multiplier that is applied to all wins during the initial six free games awarded. During the free games, the Free Games Bonus can retrigger, and the Drop & Lock feature can be awarded!

Look out for a stampede of action with Wild Country  CASH CONNECTION, underpinned by the highly entertaining new drop-and-lock Cash Connection feature.

6 scattered STAR symbols will initiate the Cash Connection feature, giving players the opportunity to keep collecting prizes and the chance to double or triple any MINI BONUS, MINOR BONUS and even MAJOR JACKPOT wins.

In this poker machine there is little birdy that delivers the golden eggs in SWEET TWEET, 6 scattered EGGS symbols initiate the Cash Connection feature, where additional EGGS are collected and prizes awarded every time a row is completed. With lots of respins and the chance to double and triple feature prizes,

This pokies is 5 Reels, 100 Lines and has 5,000 Credits Max Bet a standalone progressive game.

Spin alongside Gozen, the stunning archer and leading lady of this legendary new title! Featuring 10 Bullseye Bonus Free Games during which reels 2 through 5 may become Wild, this game hits the mar

Deep Sea Magic is another Cash Connecction game developed by Scientific Games, and it is set on 5 reels and offers 50 pay lines. The game will give you a virtual tour in the deep sea, where you will find treasures hidden and many more. The settings take you deep down the ocean and there’s sunlight sneaking in from above.

Kick-off your game by choosing your preferred bet amount, the coin denomination varies from a minimum of 0.25 to a maximum of 200. When you are done with the bets, feel free to hit the spin button to play. An Autoplay feature is also available in the game, this will facilitate your gameplay as this option offers automated spins. On Drop And Lock Deep Sea Magic pokies, you will find symbols such as the pink pearl, the sea lion, the silver coin, the gold vase, the harp, and A, K, Q, and J.

In the game, the wild card is the Mermaid and this symbol will pop on reels 2,3 and 4.It takes the place of all the other symbols in the game to land on a winning combination. The Crystal balls and the pyramids are the Bonus symbols in the game. Trigger the Free Games Bonus by landing on 3 Pyramid Scatter symbols in any position of reels 2, 3, and 4.

When this activates, you will play with 6 Free Spins. The number of generating pyramids shows the starting win multiplier which will pop up above the reels. During the round, when you land on 3 or more spins, this will grant you more spins. The Drop and Lock Feature on Drop And Lock Deep Sea Magic Slot is triggered when you land on 3 or more crystal balls in an active pay line. You will get 3 free games which include crystal balls landing on the lowest point on the reels without a ball. When the rows are completed, it will go back to 3 again.

What is Drop and Lock Feature in Cash Connection Poker Machines?

Drop and Lock Feature in Cash Connection Poker machine is a  spiritual successor to Lock it Link series of games, in that it carries over some of the traits from the previous series while carrying things over and boosting its potential, but on the flip side the game brings with it higher volatility, like many sequels.

The game carries 50 credit increments like the earlier generations of its predecessor, and features in a multi-denomination format. Where it breaks apart is how the Lock model works, and the games bring new bonus structures

The above pokies have in common is the Drop & Lock feature. The trigger differs but the play after the trigger is the same.

In the case of Deep Sea Magic, the original Lock it Links, getting three orbs in the same row will trigger the feature. However, the orbs can have credit prizes or be empty – it doesn’t have to be three credit prizes. For example in Sweet Treat you need to land six symbols, but again some may not have prizes. Once the feature starts, how you earn the prizes changes over the old Lock it Link model, but is the same for both.

The free spin counter as always starts with 3. The reels spin, and credit prizes (or empty orbs) can land. Then they drop down to the lowest unfilled position. After each spin, the board is evaluated.

Then any completed rows are removed from the board, any remaining credit prizes move down their reel as far as they can go, and the spin count resets to 3. In my mind this plays a bit like Tetris, where completing a row causes the row to award and disappear. Empty orbs don’t award prizes, but help fill rows, which can help you win prizes.

You don’t land the grand by filling the board (which has never been the trait of a Lock it Link game either), but instead the Major and Grand chances, like any other progressive, are relative to the bet level, and the same bet on different denomination would yield the same chances, so denomination itself has no impact on Major/Grand. However, with Mini/Minor changing per denomination, those odds would adjust accordingly.

You can also get the Mini, Minor, Major or Grand.

How to get free games bonus in Cash Connection?

Your multiplier for the free spins is determined by the total number of free games bonus symbols you collected. In the example above, a 5x multiplier is active for the free games. This multiplier will be applied to line hits and scatter pays.

Drop & Lock symbols are present in the free spins bonus, meaning a bonus in the bonus scenario is possible. However, the multiplier does not extend into the Drop & Lock feature.

You can play Cash Connection Pokies games at any land casinos of Australia and New Zealand. 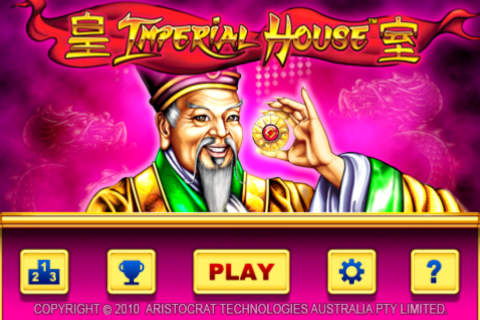 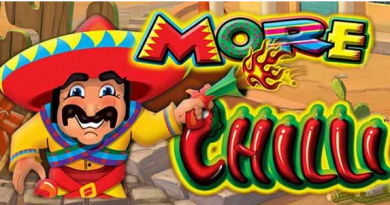 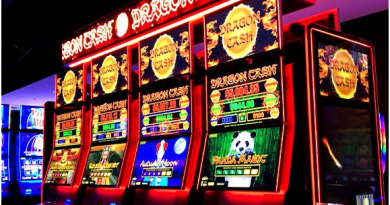