Big Red pokies is a popular game from Aristocrat gaming technology offering free games and many chances to multiply your wins. The theme of the game is quite Australian with Kangaroo as one of the characters in the animated video pokies with other symbols such as trees, crocodiles, dingoes, boars, and eagles, and few others. You will find this game with crisp graphics and great sound when you spin the reels of the pokie machine.

About the Big Red Pokie

This pokies game has 5 reels, with 3 symbols on each reel. You can bet a minimum with 20 credits multiplied by the number of lines that you want to play. The minimum denomination is 1 cent. You get the winnings as per the terms of the credits times the line bet you place on the reels. This is true for all payouts except for scatters, which payout in the format of line wager multiplied by the total lines played.

Instead of a progressive one, there is a chance for players to earn a fixed jackpot prize in Big Red. A progressive jackpot is a prize that climbs every second which is a small part of every player’s wager. The game is still very kind and generous in its fixed prizes that it is very impressive even if Big Red does not offer any progressive prizes.

The bonus in this pokie game includes scattering wins, wild wins, and free spins. The Tree icon is the scatter here and may appear on any active reel. The Wild symbol is represented by the Kangaroo icon and will appear only on the second, third, and fourth reels. The wild Kangaroo symbol can replace any other symbol in the game, except for the Tree scatters to increase your chances of making winning combinations.

The free spin round gets triggered on landing with one or more of the wild Kangaroos on the winning paylines. This awards players with five free spins. You can also enjoy a 2x multiplier during the free spins, thereby doubling your winnings. This round can be retriggered by landing with scatters during the re-spins. This re-spinning feature can potentially award huge wins, as the retriggering of this feature again and again can take the free spin tally to 255 spins!

On encountering scatter on the re-spins, five more free games are added to your tally. Standalone, the scatters pay you credits times the line bet only, but during this re-spinning feature, the scatter can be very lucrative for you.

Where to Play Big Red Pokie

You can play Big Red pokies game in any online casino of your choice that offers Aristocrat games. This game offers one of the highest returns to players and you can expect a 97.04% payout when playing Big Red pokies. The high payout combined with large maximum winnings ensures that you will see lots of extra cash when playing this game. You can play this pokies game at land casinos too. The game comes in both real money and free version and thus it is your choice to bet or just play for fun.

The vibrant colors in the game add the overall experience of a player in Big Red. The pokies will run smoothly and load quickly as long as one has a solid internet connection no matter what device you choose to play on. this game is based on the land casino version hence the graphics might seem a little bit outdated for today’s market but very little has changed since this was created many years ago.

There are both low and high-paying symbols within the game like most other online pokies. The warthog, dingo, eagle, and crocodile are the higher-valued symbols you will encounter in the Australian Outback. Players can expect to see 9, 10, J, Q, and K on the reels because of the lower-paying symbols coming from the standard deck of cards.

There are also many special symbols within the pokie to make the game that bit more interesting. The kangaroo is the wild symbol and he appears only on the third, fourth, and fifth reels. This kangaroo will help you to land better winning combinations as it will substitute for every other symbol in the game aside from the scatter.

The scatter symbol is represented by a tree in the desert. Free spins bonus features can be triggered by this symbol.

Any Australian player will be familiar with the design and theme of Big Red pokies. The game pulls off a fantastic job of portraying life in the Australian outback by showing kangaroos, crocodiles, dingos, and eagles. This is quite a unique game that players at local clubs and casinos enjoy because you do not find a pokie based on Australia often. The art style is very realistic, the graphics are unique and the setting of the game is very alluring.

How to Play Big Red Pokies

You have five reels to play on as the Big Red has a setup of five paylines. The coins go up to 50 per payline and the starting bets begin at 0.10 coins. There is a multiplier that increases your winnings 1250 times your original bet which is the maximum amount of money any player can win.

You may want to use the Bet Max feature within this pokie because the biggest reward you can get out of the game is a multiplier. The coin value, level, and denomination of the game is thus set to the maximum amount. Within the pokie too, it activates all of the paylines.

When you use the Bet Max feature in this online pokie, be very cautious. Come up with a plan to use it or do not use it at all if you are on a limited budget as using it can end your money being used up efficiently.

To help players have a more relaxed experience, there is also an autoplay feature in the Australian-themed pokie when spinning the reels. The reels will be spun automatically using the autoplay feature at a denomination and number of spins that you set. If the game isn’t going your way, there is always the option of canceling the auto spins. After that, you can carry on to play manually.

How to Win At Big Red Pokies

You must land three matching symbols on the same payline if you want to hit a winning combination while playing Big Red. Below are the top-paying games and a 5-for-a-kind combination for all of their payouts: 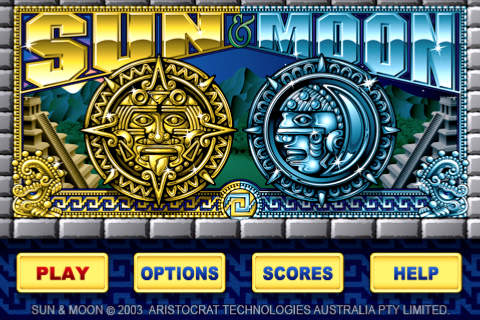 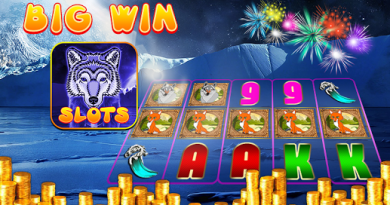