Aristocrat has come up with many features that can be found in their new slot machines. Aristocrat as you know is one of the biggest suppliers of casino slot games at land and online casinos. Aristocrat software is figured in its slot machines for players to play and win.

“Reel Power” is a platform for Aristocrat pokies where you need to purchase reels and not line bets like in ordinary pokies whereas “Hyperlink” contains games altogether.

To visit these platforms means to have a marvelous opportunity to test new games and to try old good ones. So even though Aristocrat is not an online casino itself, you may find its games gathered in one place, test them and even win money. There you may also get acquainted with Buffalo slot series – one of the most popular Aristocrat slot series of all times.

Besides, Aristocrat has purchased such big gaming studios as Plarium Global, Big Fish Games, and Product Madness and now lately Playtech which means that at their casinos you may also enjoy the company innovations.

Though Australia-based Aristocrat Incorporated, is the second largest pokies machine manufacturer in the world behind IGT, lately it has introduced to the U.S. market a new pokies system, Hyperlink, that features a secondary bonus linked to a progressive jackpot. The Hyperlink jackpot system combines the excitement of secondary screens with the power of progressive prizes.

Hyperlink is played through a bank of Aristocrat games that share the same second-screen feature. Once triggered, the interactive game enables a player to
qualify for one of four progressive prizes.

A random number generator triggers the second-screen feature. The second screen bonus features spinning reels, and the progressive prize is awarded based on
the total value of the numbers on the five reels.

The players chance of triggering the second screen bonus is increased through maximum betting. Typically, the Hyperlink jackpots represent 10 percent
of the machine payback. By ensuring a minimum of about 20 machines per bank, players can expect the lowest progressive jackpot to be hitting on average every five minutes when all seats are filled.

Big Top Keno features traditional keno with a multiplier (which drives up the average stake), and incorporates the Hyperlink system, in which randomly-generated second screen guarantees the player one of four progressive prizes ranging from a $20 mini-jackpot to a grand jackpot worth over $25,000.

Cash Express incorporates four proven Aristocrat games with a common second-screen Hyperlink feature. The four games on this bank of machines are Penguin Pays, Queen of the Nile, Dolphin Treasure and Enchanted Forest.

Normally, these games offer players their signature on-screen features; however, the Cash Express version includes a second-screen bonus that lets players stop each spinning reel to display a single, number value on each reel. The total value of the five reels will determine which of the four progressive prizes the player will win.

Reel Power feature as well as  Xtra Reel Power, Super Reel Power all can be found now on new slot machines by Aristocrat.

Let’s first understand how it differs from standard pokies machine. If you turn back to the history of Aristocrat  pokies their first multiline slot was introduced by Aristocrat Leisure in the early nineties. Before this, players were able to bet on only one line. Slot developers then started adding more and more paying lines for slot machines until they ended up with 243 paylines for classic 5 reel pokies and 27 paylines for 3 reel pokies as, it’s the maximum amount of combinations of paying lines.

Usually, the player pays for each line separately, so he is technically playing several independent games. However, if the player will need to pay at least 243 credits in order to play all lines, it will be very expensive. Therefore the bet is fixed to all paylines and the winnings are adequately lowered.

Now the scene in new pokies is you have more paying lines, that adds more fun playing pokies and spinning its reels.

Later on, Aristocrat’s product managers invented an even more interesting and probably clearer way on how to understand what the bet is, or for what is the player paying while hitting spin button.

Aristocrat calls their new feature Reel Power. As mentioned before, there are 243 ways to combine paylines on classic 5 reel pokies with 3 symbols on each reel. A player is technically paying for playing 5 reels instead of 243 paying lines. To change the bet means changing the bet per reel instead of per line. The wins are multiplied by this bet per reel and scatter wins are multiplied by the total bet.

Aristocrat then gave another boost to their Reel Power pokies and introduced Xtra Reel Power and Super Reel Power. But even Reel Power with 243 paying lines was not enough for Australians so the company had to think how to add even more than 243 paylines into their 5 reel pokies. Clever people came with a simple idea and added more visible symbols to each reel. 4 visible symbols on 5 reels, means 1024 ways and it got the name Xtra Reel Power and when they added 5 symbols on each reel, the slot had a total of 3125 lines and Aristocrat calls it Super Reel Power

If you want to know which pokies from Aristocrat offer Reel Power or Xtra Reel power then you have the choice of spinning Arisotcrat’s Buffalo slot and Buffalo Moon. Other slot machines using the Reel Power betting system is Fire Light, Imperial House, Party in Rio, Red Baron, Shaman’s Magic.

Note that you need to visit any local land casino to play Hyperlink and Reel Power Aristocrat pokies machine or play freearistocrat pokies online at casinos or with their free pokies apps on your mobile smartphones. 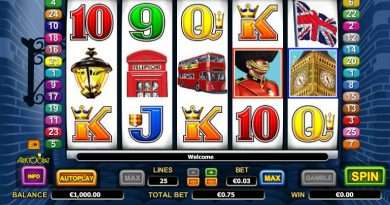 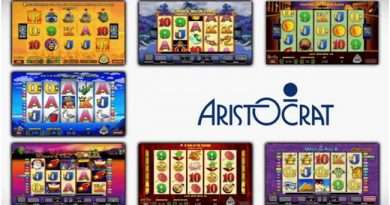 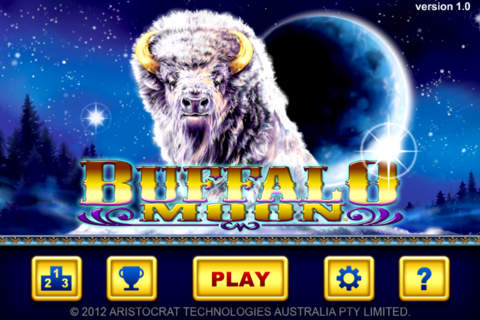